Established in 2009 and situated in the center of Mt. Carmel in the modern city of Haifa, Israel, Kerem-El is a vibrant, Hebrew-speaking Messianic congregation, that is dedicated to teaching the Word of God, to lifting up prayer and praise, to reaching out to locals with the Gospel of Yeshua the Messiah and to making disciples.

In accordance with biblical values and the Messianic faith in Yeshua the Messiah, we at Kerem-El Congregation we are committed to: 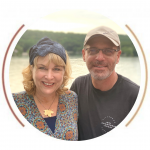 Daniel Sayag was born into a secular Jewish family to parents who made aliyah (immigrated) to Israel around 1950, from Iraq and Algeria. While they were not a religious family, they were traditional, ate kosher, and attended synagogue on holidays. “Dani” grew up believing that the Tanach (Old Testament Scriptures) was the Word of God.

In 1988, while serving in the Israeli army, Dani understood through the reading of Isaiah 53 and Jeremiah 31, that Yeshua was the promised Jewish Messiah.

Dani founded Kerem-El Congregation in 2009. He and his wife, LuAnne, live in Haifa, and have 3 daughters and 2 grandchildren, all living in Haifa. 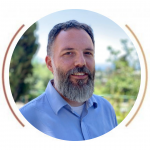 Jonathan is a native Israeli who came to faith in Yeshua in 2002, and ever since has been serving the Lord in various areas of ministry. Today Jonathan serves as one of the pastors at Kerem-El Congregation in Haifa, and as an adjunct teacher at Israel College of the Bible in Netanya. Jonathan has graduated with a Bachelor’s degree in Biblical Studies from Moody Bible Institute in Chicago, and is currently finishing his Master’s degree in Old Testament Studies at Bar-Ilan University in Israel.

Jonathan’s passion is to fulfill his calling to shepherd the flock at Kerem-El, through systematically preaching and teaching the Word of God, and through close and personal care of each member in the congregation.

The verses that under-gird him in ministry are from First Peter 5:2-4: “Shepherd the flock of God that is among you, exercising oversight, not under compulsion, but willingly, as God would have you; not for shameful gain, but eagerly; not domineering over those in your charge, but being examples to the flock. And when the chief Shepherd appears, you will receive the unfading crown of glory.” 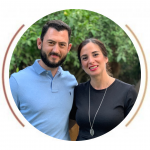 Born in Auckland, New Zealand, Stefan immigrated to Israel in 1992. While serving as a combat officer in the 2nd Lebanon War Stefan experienced God’s supernatural power and protection in a life-changing way.

In 2008 he married Keren, an Israeli-born worship leader and song writer. Together they have ministered at Kerem-El congregation through teaching and worship since its founding and Stefan currently serves as one of the pastors.

Stefan & Keren have three beautiful daughters all born in Haifa. Stefan Holds a BA in Economics & Management and an Executive MBA from Haifa University. Keren holds a Masters degree in Messianic Counselling from Israel College of the Bible and leads the Messianic Counseling Center of Kerem-El. They both are passionate to serve the Kerem-El community and to see word of God proclaimed in Israel out to the ends of the earth.

God’s Word
We believe that all the books of the Bible (the books of the Old and New Testaments) were written under the full supervision of God and inspired by His Spirit, and therefore are the trusted Word of God, which has supreme authority over all matters of faith and life.

God
We believe in one God, the God of Israel, who is and only exists uniquely as one, complex and perfect unity. That He always has been and forever will be three who are one: the Father, Jesus, and the Holy Spirit; Who are essentially equal, even if they differ in their roles.

Jesus
We believe that Jesus is the eternal Son of God and Lord of all, the visible image of the invisible God, through Him and for him the Father created everything that exists. We believe that when the time came, some 2,000 years ago, Jesus emptied himself of honor and became one of us to reconcile us to the Father and open the door to His kingdom. He came as the Son of David and the Messiah of Israel as promised in the prophecies of the Bible, gave his life to atone for the sins of all mankind and for the eternal life of all who believe in Him. He will return with honor to reign overn the earth and renew the creation.

Creation
We believe that God created everything that exists, seen and unseen, and that everything created was very good at creation, and that God gave human beings the right and responsibility to govern with Him in all His hands. But we also believe that because humans rebelled and still rebel against God, they are unable to govern properly, and therefore all creation suffers and is not as it should be. We believe that Jesus comes to renew creation and restore it to its true destiny as God’s wondrous kingdom, and to restore people to their true destiny as rulers with God in creation.

Man
We believe that man is the wondrous masterpiece of the creation of God. From all that God created, only man, man and woman, He created in His image and likeness, so that He might be judged together with Him in all His works. Therefore we believe that man’s true destiny is to live in partnership of love and action together with God, and to reign together with Him forever in all that exists. We believe that humans chose to rebel against God and the role they were given, from Adam and Eve in the Garden of Eden to the present, and are therefore unable to fulfill their purpose in creation. We believe that through Jesus we can put an end to rebellion, find peace with God, and return to the destiny for which we were created.

Sin and salvation
We believe that when man was created, he was honest and good and without sin; But Adam and Eve used the freedom of choice given to them to disobey and rebel against God and the role they received, and as a result were excluded from God’s direct and visible presence in heaven. Since then, every person has been born “out of the garden,” straight into rebellion and sin. But we believe that because of God’s great love for man, He has always provided a way for forgiveness and atonement to be found and to come near Him again. At first they were the sacrifices of the Tabernacle and the Temple – God was willing to accept the death of a sacrificial animal as a “payment” for our sins, and thus we would find peace with God, but only temporarily and limitedly. When the time came, God sent the perfect and eternal sacrifice for our sins, of which the sacrifices in the Temple were only a symbol and shadow until His coming – Jesus the Messiah. We believe that today, true and eternal salvation from sin and death can not come through sacrifices or deeds, but rather a gift that God gives to all who trust in Jesus. We believe that only through Jesus can we “find our way back to the Garden.”

Service is in Hebrew. Children’s classes for ages 3-12